Depa-chika wow wow: Sensory Japan in the heart of London

Since 1976, Japan Centre on Shaftsbury Avenue has been the beacon of light for those craving Japanese comforts. Whether it was an obscure Japanese ingredient that you wanted to stir into soba, or a comforting bowl of ramen to slurp through loudly, or simply to pick up some ceramics to give your home some Japanese zen—you could make a wish and find it within its walls.  The new flagship store is ever bigger and bolder. Designed by CADA, the designers behind the hugely successful US purveyors of fine food Dean and Deluca (opening in November in London), the Japan Centre has clearly been given a new lease of life on the style front.

We were promised the UK’s first “depachika”, a term that had not previously been on our culinary radar. In Japan, stylish department stores often have food halls in their basements with beautiful packaged products and ready-to-eat food. They are so popular as places to stop at for a quick lunch that every major city has numerous depachika within its environs. Asian food halls are very much in vogue at the moment in London, largely owing to the huge food hall Bang Bang Oriental opening its doors recently at the north end of Edgware Road. Communal dining with exciting Asian food has never looked so good.

Pomp, ceremony and all that malarkey gave way to a wave of eager punters pouring through its door on Panton Street. Upstairs is a small take-out area: it’s utilitarian and does not give any indication to what lies beneath. A stairway in the corner leads down into the Japanese equivalent of Aladdin’s cave. It’s a sensory overload, and whilst not as big as we were expecting (after all this is central London with central London rents), this depachika was stunning with beautiful lighting and many things to take in. We had our very own “kids in a candy store” moment. Keen not to be laden down with goodies before lunch, we made a thorough sweep of the room before joining the lunch queue. It had only opened hours before so tills and staff were still getting acquainted, which meant that queuing customers were doing the same.

The menu was excitingly broad, with a range of donburi (rice bowl dishes), buns/takoyaki (ball-shaped snack filled with minced or diced octopus, ginger and green onion), ramen, sushi and bento boxes. We opted for a steaming bowl of kitsune, named after the Japanese word for "fox". Apparently the large piece of fried tofu, which sits within a dashi based soup filled with soba noodles, is thought to be the fox’s favourite food. Much like Mr Fox, we're huge fans of this simple dish that's packed full of flavour. Washed down with an iced green tea, it made for a satisfying and cleansing lunch.

Fully sated, we had a good browse with a basket in hand, at all the goods and produce on offer. The holy trinity of Japanese cuisine miso, tea and sake—are given designated areas to show the product off in all its glory. The breadth and variety is impressive. The miso section alone allows you to buy a wide variety of premade packets as well as purchase fresh miso—either hikari shiro white, hikari awase blended or hikari red—that the staff will package for you in pots as small as 100g.

There is a small section of fresh produce with everything needed to prepare a Japanese meal, and a bakery with irresistibly kitsch cakes that the Japanese do so well. A chocolate cream filled teddy bear face may have been placed in our basket. The tofu section was overwhelming, in a good way, with so many varieties and options. Indeed it is this plethora of ingredients that makes the store exciting to immerse, eat and purchase in. If matcha or pocky rocks your boat, then this is the place to come (matcha-flavoured agar jelly anyone?). Books, magazines, stationery and some ceramics (the store on Shaftsbury Avenue is now the main ceramic shop and also sells sushi) can also be found alongside frozen Japanese produce. Impressively, there is even a butcher and fishmonger sitting amongst it all.

This is not just a dining experience but very much a sensory overload and a happy place for all things Japanese. Be it canteen dining—with tables that are a combination of stools at high communal tables or smaller tables with regular chairs—or speedy take out, or gathering ingredients for Japanese dining at home, this new depachika will pay attention to all your needs. 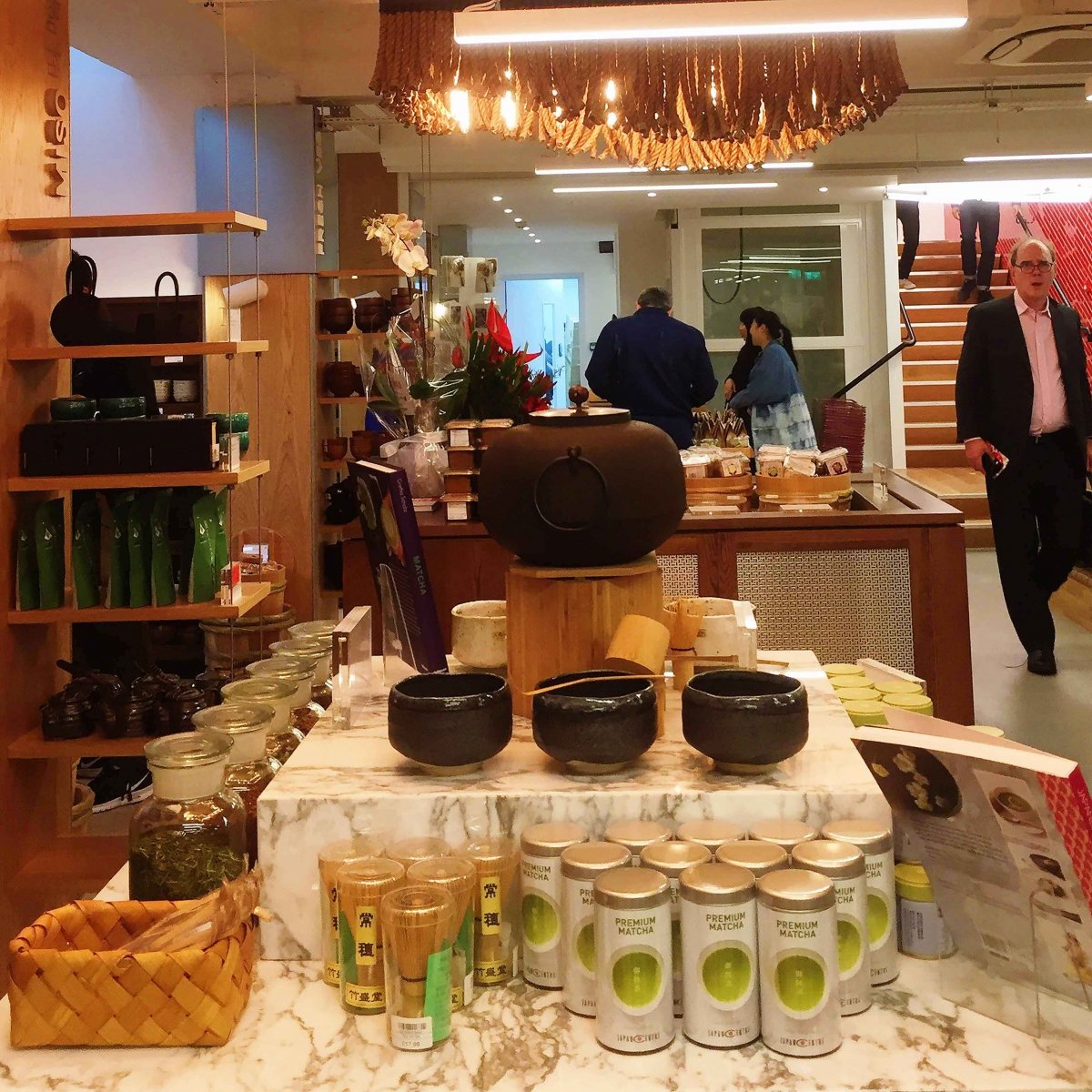