Deprecated function: The each() function is deprecated. This message will be suppressed on further calls in menu_set_active_trail() (line 2405 of /home/vritti/public_html/includes/menu.inc).
Reviews
London

A dumpling spot with no actual reason for its unappetising name

According to Chinese astrology, 2017 is the “year of the fire rooster”. In culinary circles, it’s also the year that the humble dumpling is going to have its moment. Even in January, rumours circulated that the Taiwanese dumpling powerhouse Din Tai Fung was going to grace us with a site in London. In addition, much-loved The Dumpling Shack at Broadway Market also got their first taste of a permanent site—with a one-week-only pop-up in Leicester House in late 2016. Both businesses are rumoured to be planning permanent sites before the year is out; we wait with hungry anticipation. So far, The Ugly Dumpling is the first to take the plunge and open its doors to diners.

The place offers a refreshing take on dumplings, giving them a fusion makeover, and with barely a whiff of pork in sight. The idea is to marry “western ingredients into Asian dumplings”. With combinations such as mushroom and truffle, halloumi and courgette, and smoked mackerel, we were intrigued and excited in equal measure to see if the concept worked.

Co-founders Ping Wong and Philipp Chaykin have managed to secure the original Soho site of the iconic Pitt & Cue, which has since moved east. The restaurant is well located for hungry shoppers. Turquoise paintwork and adorable dumpling logo (future merchandising potential from this cute character alone, we think) draw attention to passersby. The ground floor has small tables and chairs and leather banquette seating, giving it an intimate atmosphere. Large glass windows on both sides make diners appear as if in a fishbowl. Downstairs, there is more seating suitable for larger groups, but it is a darker room without windows.

The menu comprises dumplings split into two categories: “street food classics” include aromatic duck, prawn and chive, satay chicken, pork belly and spinach and tofu; “new favourites” have bolder combinations. The former is the tried and tested “winning combinations” from Wong’s street-food experience and the latter allows more experimentation. There is an option to try all of the category (5 for £6) and this seemed the natural choice. Two dipping sauces accompany the dumplings—a simple soy sauce and then their own chilli-infused version.

All the sides are either vegetarian or vegan. Major tick in our books. In fact, the whole menu is well balanced to suit a broad church—there are two options for vegans amongst the dumplings, too. The pickled watermelon with avocado, peanuts and mint won us over. It arrived in a very small bowl, with the watermelon resembling tuna poke. The cold, refreshing cubes worked well with the infusion of mint, peanuts and avocado and offered a complementing textures to the dumplings, although we would have liked a slightly larger helping. As for the dumplings themselves, the combination of flavours was exciting, but it was difficult to identify them by sight without the direction of the attentive staff.

The pork belly, prawn and chive and aromatic duck from the “classics” section and the mushroom and truffle and lamb, harissa and yogurt from the “new favourites” overshadowed the others. The two dipping sauces seemed somehow superfluous given the breadth of tastes; we felt it was best to eat some of them without. Much in the same way that conveyor belt sushi makes you want to keep eating, dumplings tend to have the same effect. The sweet section allowed our graze to continue with a plate (three pieces) of white chocolate and matcha dumplings: a pleasant combination.

There is talk that soups will be added to the menu and we think this would be a welcome addition for the colder months ahead. The dumplings are the ultimate stars of the show, though, and our guess is that this new, bold venture will allow itself the bandwidth to experiment with a wider range of dumpling, both educating and exciting a diner in one sitting. 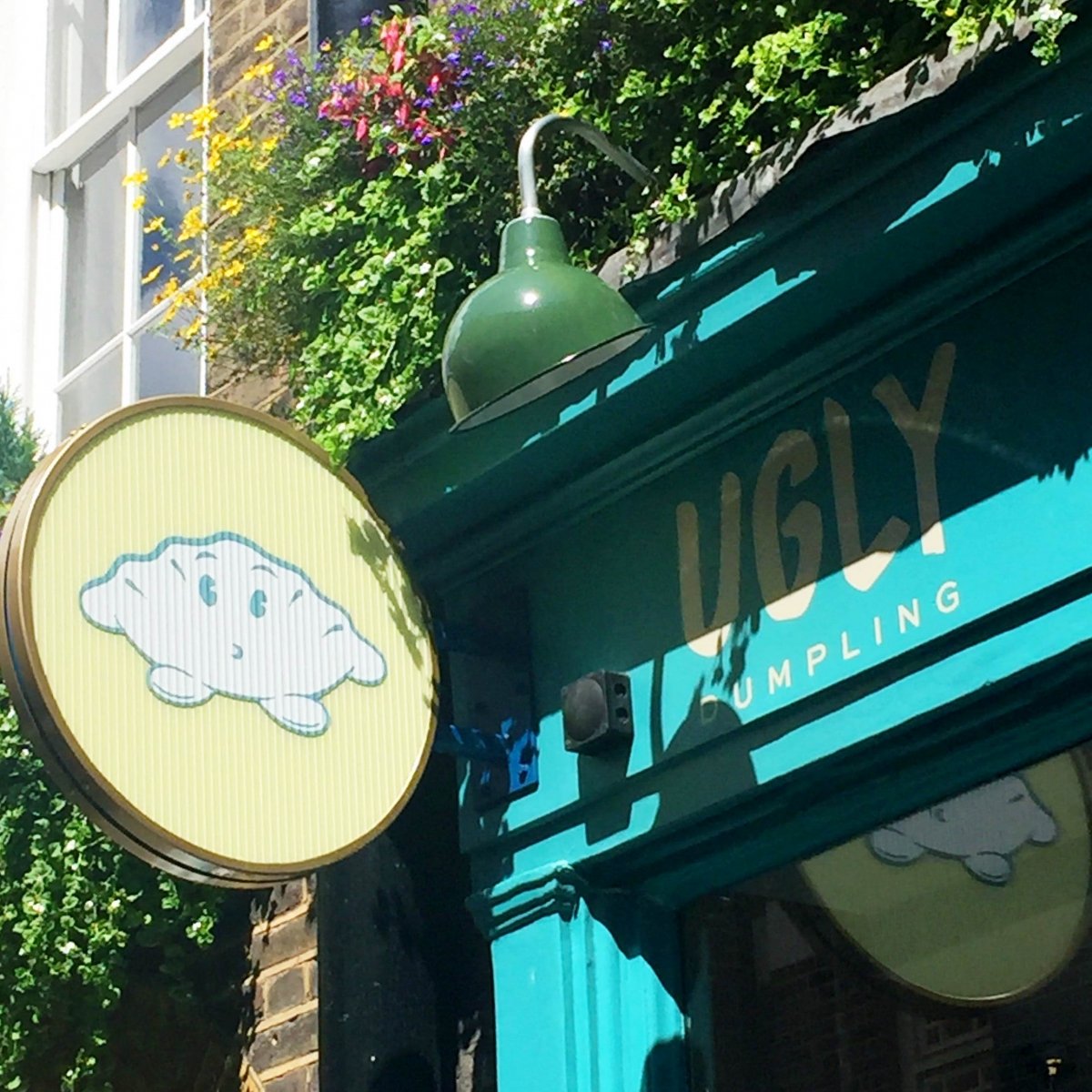