Among owner Mary Lalboi's excitement about relocating one of Delhi's most loved North Eastern restaurants, and sensing public need for older restaurants to be re-reviewed to see if they've "still got it", the new Rosang in Safdarjung was first on our to-do list this week.

A part of The Fable Hotel along the main road, Rosang has retained tribal touches on its exterior—a mannequin wearing a tribal outfit and photographs from North Eastern villages (although the former could've been thought through better considering this is a regional restaurant and not a clothing shop in Lajpat Nagar).

The space inside is a duplex: the first level spacious and airy with glass windows and couches that are reminiscent of establishments like The Golden Dragon and Mainland China, and the second more familiar and Rosang-like, with low wooden furniture from the old outlet. A photo shoot was in progress on the upper level and so we settled in a window seat on the one below.

Food at Rosang has always arrived within reasonable time, and that's still the case at the new outlet. The new servers, however, seemed a bit clueless when asked about certain items on the menu. Mary answers all questions briskly but for when she's busy, the rest of her staff needs to be better briefed and more aware.

Potatoes cooked Arunachal-style arrived crisp and low on spice as we had requested. Although eerily similar to crispy chilli potatoes across the city, Mary assures us that these are, in fact, an Arunachali specialty. The accompanying chilli and black sesame sauces add to their flavour and set them apart from their better-known Chinjabi counterpart.

A few additions to the old menu pay ode to the restaurant's new location. Nghuingosing—minced fish mixed with herbs, wrapped in a banana leaf and "burnt"—is light and smoky. Another Arunachali preparation, it sent us off into thoughts of eating with a tribal family in the forests of Arunachal Pradesh, who might have steamed it in a hollow bamboo trunk over a log fire.

Voksa rep chhum, a smoked pork curry from Mizoram, was also spiced more delicately than normal on our request. Boiled mustard leaves added a wholesomeness to the watery gravy, and the pork fat added a buttery touch to the dry, tender meat. It made a satisfying rainy-day meal together with steamed rice.

Rosang also takes care to dispel myths that North Eastern cuisine leaves vegetarians wanting. Bai, an aubergine and bean stew from Mizoram, makes just as substantial a meal for vegetarians as the many pork and fish curries do for carnivores. Served in black pots, each portion is enough to feed two, or one exceptionally hungry patron.

Most of the food is marked "oil-free" on the menu. The new list is so extensive that it's going to take us at least three more visits to be able to sample all of it. Until we do, we'll take solace in the fact that regional Indian food has managed to hold its own among bistro and bar food that otherwise work so hard to woo the capital. 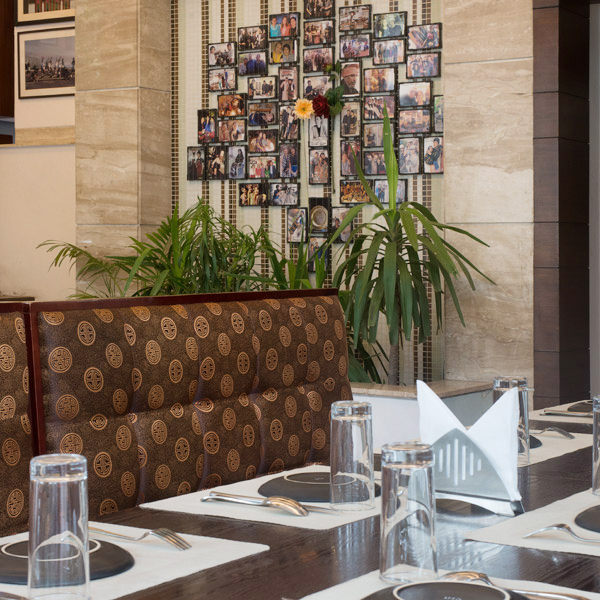